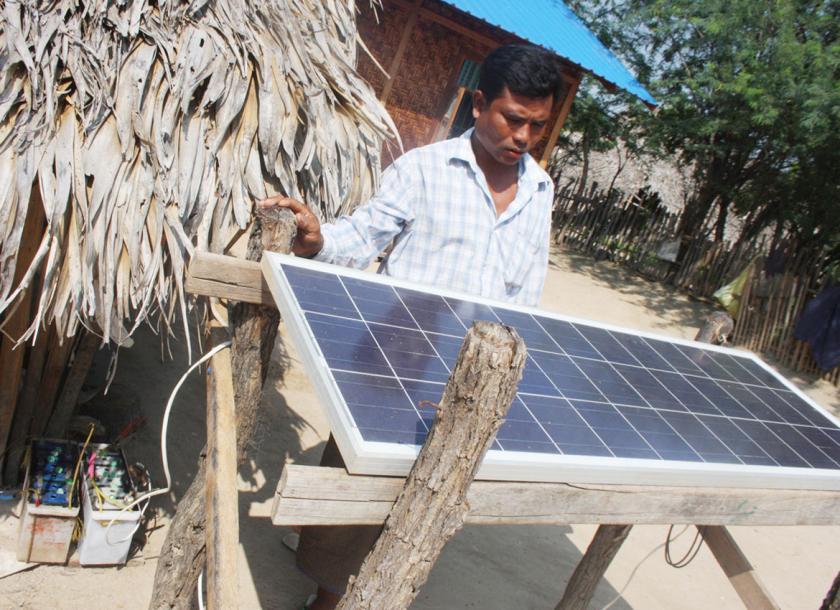 Myanmar has effectively excluded potential foreign bidders from a major solar farm tender by imposing tough conditions, including a refusal to accept online submissions even while a COVID-19 ban on international flights has been extended.The Ministry of Electricity and Energy’s Electric Power Generation Enterprise (EPGE) informed companies that had purchased tender documents that “online submission is not allowed” despite the ban on travel restrictions and quarantine measures.
In a June 12 note signed by EPGE managing director U Than Naing Oo in response to a query by a potential bidder, the EPGE also ruled out allowing bids to be prepared outside the country and then scanned, printed and submitted in Myanmar. Last week, the civil aviation department extended its ban on international flights in Myanmar by two weeks to June 30. The restriction means foreign investors cannot enter the country to conduct due diligence, site visits and negotiate land deals. “No solar developers abroad could fly into Myanmar to prepare for the bid as the entry restrictions for international travellers will now last until the end of month. Does the government want bids from international players with competitive tariffs and the best possible solutions?” commented U Ken Tun, chair of local energy firm Parami Energy. The tender, issued on May 18, invites companies to bid for the construction of 30 ground-mounted solar plants capable of generating 1060MW of power in total under a 20-year build, operate and own basis. The plants need to start commercial operations within 180 days after the letters of acceptance are issued.
The tender’s original one-month deadline came under fire from interested bidders, business bodies and embassies who said it was impossible to meet because of the COVID-19 crisis and tough conditions attached. The EPGE responded by saying it was not considering an extension but on June 3 the ministry moved the deadline to July 17. The extension falls short of the requests made by key business bodies. The American, British and European chambers argue that with the flight ban, quarantine measures for travellers and other COVID-19 constraints, the tender needs to be extended by at least nine months in order to accommodate the requirements on land acquisition and project financing. Under normal circumstances, a 90-day timeframe is a minimum, they say. U Ken Tun said renewable energy is an effective way to attract foreign direct investment for many markets but the current approach to solar did not serve the purpose. He emphasised the need for different government bodies to coordinate on the tender. “At the end of the day it should be the Ministry of Planning, Finance and Industry leading the negotiations on tariffs and terms, whereas the Ministry of Electricity and Energy should primarily be a technical adviser and as regulator.