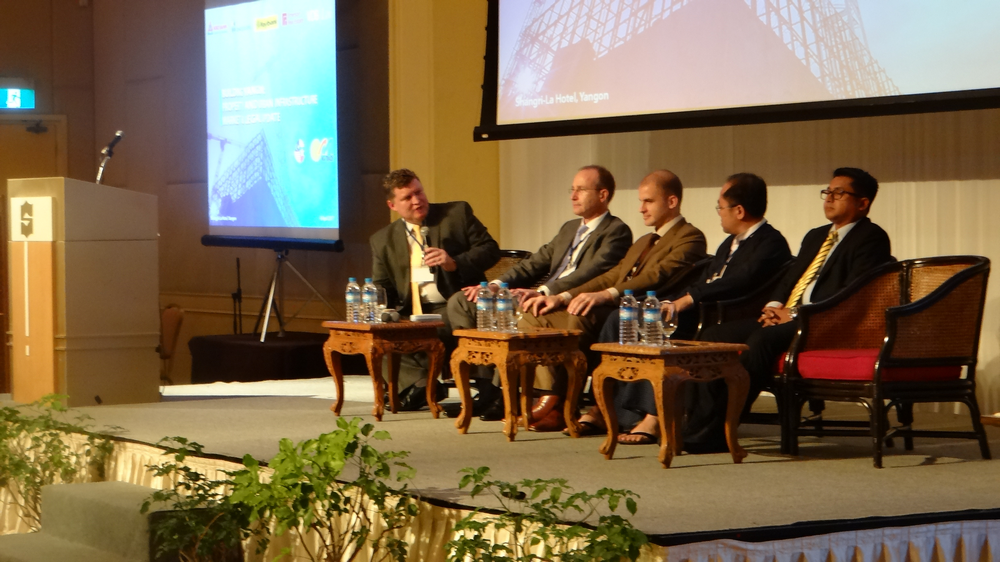 Despite being enacted last year, the Condominium Law has still not had subordinate legislation released under it to make the registration of condominiums possible.  As we anticipate the formation of a Committee to hear condominium applications and the release of the Condominium Law Rules, it is timely to consider infrastructure and construction projects in Yangon generally.

The seminar included an opening address from H E . Mohd Haniff Abd Rahman, Ambassador of Malaysia who noted that in respect to infrastructure projects, â€œThe public and the private must work together. But what this really means is we all collaborate to find the best options and the best solutions for the unique opportunity that is Yangon.â€

Several government representatives spoke to discuss the future of Yangonâ€™s infrastructure from the public point of view.  In particular, U Win Naing discussed the Department of Urban and Housing Developmentâ€™s (the â€œDUHDâ€) policy positions and perceived upcoming opportunities in Yangon in respect of the different townships.   Further, Dr Toe Aung of the Yangon City Development Committee (â€œYCDCâ€) discussed zoning and building restrictions, and YCDCâ€™s intention to ensure that Yangonâ€™s unique character is retained despite sustained investment into large infrastructure projects.

Yangonâ€™s development progress was considered comparative to other cities in ASEAN indicating the huge potential that Yangon has in terms of office, retail and condominiums.  Sadat Foster of Matrade spoke in depth about opportunities for Malaysian companies in the construction industry and detailed some successful projects that Malaysian companies had undertaken in the region including India and Taiwan.

Importantly, Jeffrey Martin of VDB Loi, a leading Myanmar legal advisory firm discussed how VDB Loi anticipates the Condominium Law Rules will work based upon discussions with government authorities responsible for drafting the Rules.  This will involve a Condominium Development license, a Developerâ€™s License and registration of the land as co-owned land.  This process may also involve the appointment of a foreign co-developer if need be.   VDB Loi will be assisting the DUHD with the drafting of the Rules moving forward and will hope that they will be workable for the successful completion of condominiums for both local and foreign infrastructure companies.

The development of infrastructure policy in Yangon is an important part of Yangonâ€™s development, and it is hoped that it becomes a priority for the Government, facilitating projects with foreign and local investors alike.